Skip to Content
Home Joy Books and Movies Book Highlights: 5 Romances to Warm Your Raisinet of a Heart

I’m not a particularly big Valentine’s Day person. Especially since having spent more time in the past year with my boo than possibly… ever, it does seem a little silly to take a day to focus on ~love~ when we pretty much do that all day, every day (quarantine has made us so gross).

That said, even if Valentine’s Day doesn’t mean that much to me personally, I’ll readily admit that I really love, well, love. And I love recommending books. When those two loves collide you get… recommendations for romance books!

I’m a sucker for a love story. I’m that person who will find out a book has a romance and then be that much more excited to read it than I previously was (a true connoisseur of literature, right?). Because I’m only slowly getting back into reading regularly after a few years of scattered attention and general apathy, I don’t have countless recommendations to dole out as I would prefer. But the ones I have are good.

Just as a note: I call these book highlights and not reviews intentionally because I’m merely doing a short overview of the story and my impression of it, as opposed to an in depth analysis. Book highlights are simply my way of highlighting books that fit a certain category of my choosing. So don’t expect a full blown review here. 🙂

I really hope you’ll enjoy these books! And if you do read them, please come back to let me know your thoughts.

A Heart of Blood and Ashes by Mila Vane

This story tells the tale of a Barbarian king-to be embarking on a quest of vengeance. His goals are simple – he will avenge his murdered parents by destroying the family who betrayed them. But what he doesn’t expect is for the woman who lured his parents to their deaths to come to him and propose a marriage to unite them and their thrones. This is one of my more recent fantasy-romance reads and I have to say – I am obsessed. This broke me out of a reading slump and whisked me away to The Western Realms, and I could not put it down over the course of the three days I read it. Milla Vane does a fantastic job of balancing the fantasy elements in the story with the romantic elements, and that balance made me incredibly happy as someone who craves and loves stories with both.

I will say, this story can get dark and bloody and brutal at times. And the steam-o-meter is off the charts for this one. In other words, there’s like, a lot of on-page sex in it. So if that’s not for you, skip this one. But if you love epic stories with sprawling worlds and interesting lore, like well-developed characters and a love romantic trope of enemies to lovers – you should definitely check this one out.

Get A Life Chloe Brown by Talia Hibbert

This was probably one of the cutest books I read in 2020. I think about this story and all I want to do is smile. Get a Life, Chloe Brown, tells the story of Chloe, a chronically ill computer nerd who, after a near-death experience, decides to make a list of things to do to really start living. But what she doesn’t expect is to end up enlisting the help of the grumpy handyman of her apartment building, Redford, an artist who hides his work from everyone, and who also happens to be a giant hottie. Shenanigans ensue.

This is a fast and easy read, and Talia Hibbert really knows how to build a story around characters that are interesting, well-rounded, and not just caricatures of your typical romantic heroes. The tone of this book is light, but it doesn’t shy away from some uncomfortable topics such as healing from an abusive relationship (the author even includes a note at the beginning of the book as a content warning). This story illustrates a very healthy relationship, which I find can be a bit of a hit or miss when it comes to most romances these days, and so I absolutely recommend it for that. Gonna include another sex scene warning for this one, though, so just a heads up if you’re sensitive to that kind of thing.

A Princess in Theory: Reluctant Royals by Alyssa Cole

This story takes the lost princess trope so often found in fantasy, brings it to the modern world, and it does it so, so well. When former foster kid Naledi Smith receives an email saying that she’s betrothed to an African prince, she marks it as spam and deletes it. As you would. Except the message isn’t spam. And when reaching out to her online doesn’t work, prince Thabiso of Thesolo decides that it will be easier to convince his betrothed if he goes to her in person. You can imagine what happens next (or don’t imagine it. Just go read this and find out).

I absolutely love that this featured a black woman in STEM (can we get more of these please?! ) and didn’t shy away from addressing some of the racism and sexism that comes with it. Naledi, is intelligent, practical and easy to love. She was a great lead, and I love how she challenged Thabiso who started as arrogant and dismissive and became lovable in his own right. And he helped her open up many of the parts of her that were closed off from a traumatic past. In other words, the chemistry between the two main characters was absolutely perfect. This is super readable, I flew through it, and if you’re someone who loves a fairytale or is a die-hard Princess Diaries fan, definitely pick this one up. There is sex on the page, but nothing too explicit, and some of it is fade to black.

Empire of Sand by Tasha Suri

I think this was one of the most rich and beautiful books I read in 2020. The worldbuilding in this Mughal India inspired desert fantasy is exquisite, and the prose is dreamy. Mehr is the daughter of a Ambhan nobleman and an Amrithi woman. The Amrithi are outcasts, a reviled group of people in the world who are slowly being pushed into hiding. They are both coveted and persecuted by the Ambhan Empire for the magic in their blood which ties them to the gods. Mehr straddles the line between these worlds in her own way, but when her power is revealed and the emperor’s mystic learns of her, her life changes drastically…

I’ve put this down as a romance because there is a romance it it that will rip your heart to pieces and put it back together again, but I think this book is so much more than that alone. The world, the characters and their relationships, the themes of preserving one’s culture and choosing hope in spite of everything are all reasons to read this, even if you aren’t a diehard romance fan. This is a slow burn romance, and while there is a sex scene or two, it’s a YA novel, so it’s pretty much off the page and fade to black. I would 100% recommend this to readers who love a fantasy romance that does a fantastic job as balancing both elements together.

The Wrath and the Dawn by Renée Ahdieh

This sweet, swoony romance is a loose retelling of A Thousand and One Nights, and it will definitely melt the ice around your frozen heart. It tells the story of Khalid, a cruel king who selects a new bride to marry night after night, only to have her murdered by daytime. When her friend succumbs to this fate, Shahrzad volunteers to be Khalid’s next bride, intending to exact her vengeance. But when she meets Khalid and stays alive by weaving stories for him night after night that prolong her death, she begins to realize that not all is as it seems, and finds herself, inexplicably, falling for him.

Again, with this book you get a rich, exciting and non-western centric fantasy world, a strong and clever female protagonist, a male protagonist who is more than meets the eye (and who will slip easily into your heart like he did mine). The writing in this is lyrical and pretty and will transport you away easily. As a bonus, we get some awesome female friendships in this, which we absolutely need more of in general. Definitely read this if you’re into retellings full of mystery, intrigue and romance.

Have you read any of the books I listed and what were your thoughts if so? Are there any romance books have you’ve read that you think I should add to this list? Please spread the love and tell me about all the books that make you feel swoony. <3 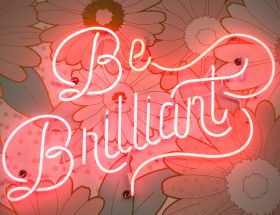 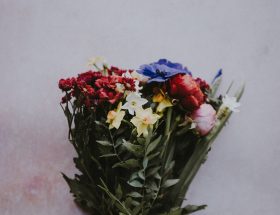 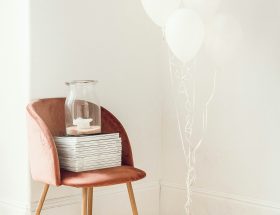 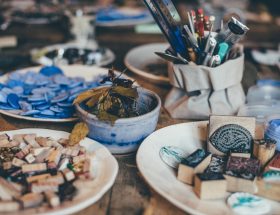 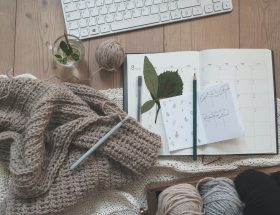 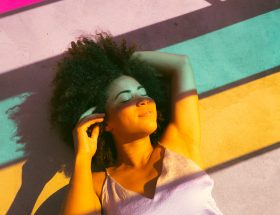